She said this after she revealed that it was her first shower off her college bus.

This is not the first time she has made her intentions known on social media.

She has previously revealed that some men only want to date her because of her father’s wealth.

She has been sharing various posts about her recent college tour in the UK, where she has been having a good time, and she has now revealed that she will be taking a break. 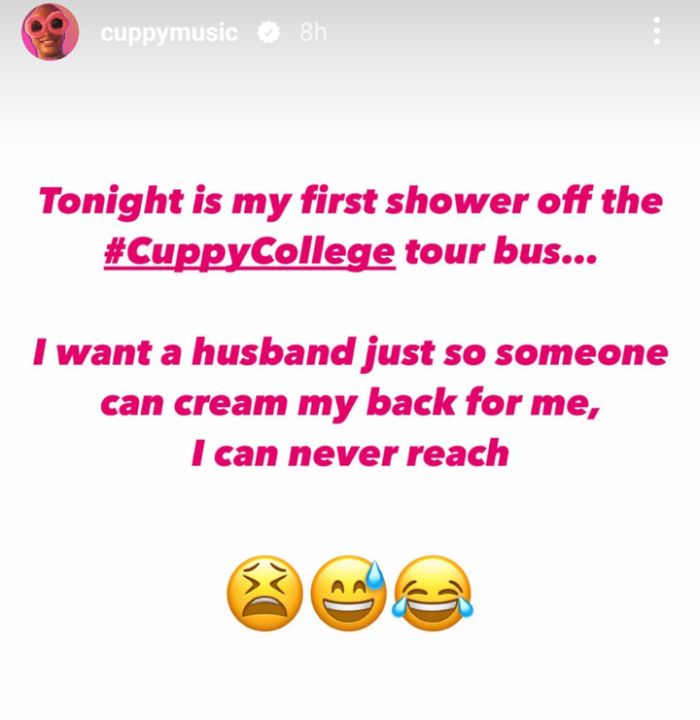