The talented singer and songwriter who had expressed his desire to play at the FIFA World Cup scheduled to kick off on the 20th of November 2022 shared an update on if he would be performing at the biggest football event in the world today.

Kizz Daniel took to his social media platform today, Sunday, October 16, to share an update that he would indeed to going to Qatar to perform at the world cup.

The singer who recently released a single titled ‘Odo (Cough)’ that is currently dominating the airwaves could not hide his excitement about the news.

It is however uncertain if the ‘Buga’ singer would be performing at the opening ceremony or at an exclusive event for fans. 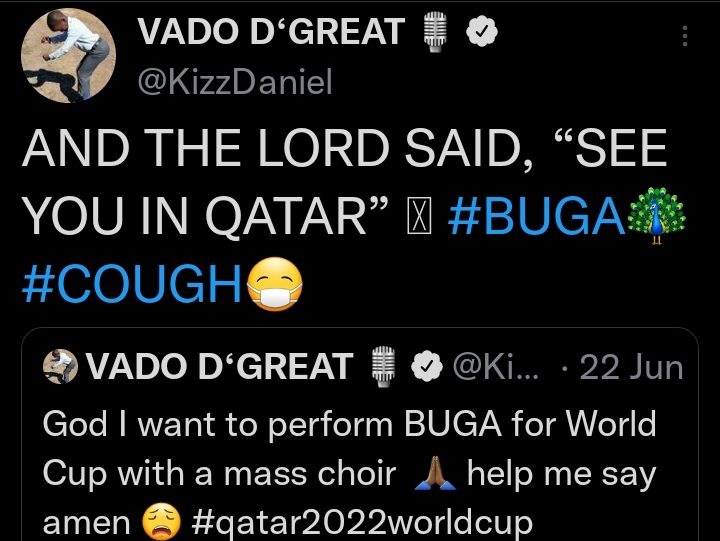 The Popular Instagram comedians, Oga Sabinus and Brother Shaggi shared their own version of Cough song challenge by Kizz Daniel. In the News, the two comedians were seen shaking, dancing and Vibing to the song […]